The world’s largest Passive House just opened in the geographic center of the U.S. The Second + Delaware Apartments in Kansas City, Mo., now hold that prestigious title – all 330,000 square feet, 276 units and 750 windows of them. 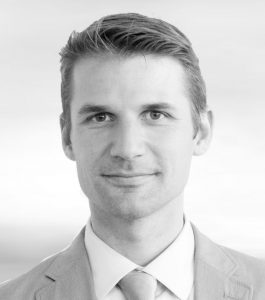 Situated in downtown Kansas City’s popular River Market neighborhood, the Jeffrey M. White-designed apartments offer unbeatable views – whether tenants are looking out through the triple-glazed windows, some of which measure as large as 9-by-10-feet, or from the building’s rooftop, which offers a variety of additional living spaces and amenities like a large courtyard and outdoor firepits. (Both views are made possible by building materials selected precisely to meet Passive House standards for energy efficiency.)

This was Jonathan Arnold’s vision all along. The CEO of Arnold Development Group, a certified B-Corporation that specializes in high-performance, sustainable, mixed-use developments, Arnold doesn’t think of Passive House for multifamily construction in terms of whether it’s possible, but whether it’s necessary. His answer to both questions is yes. 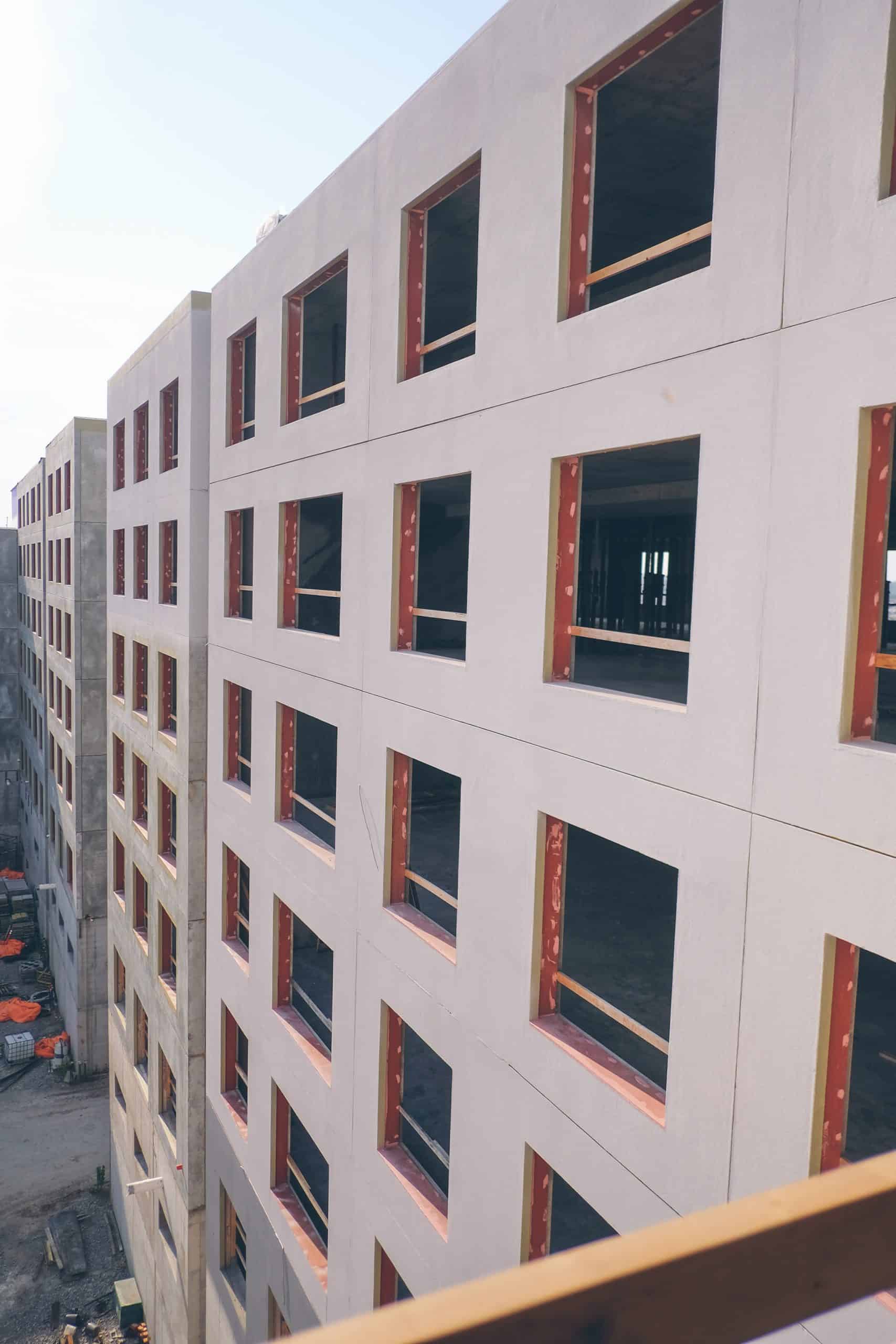 “If we want to change the way multifamily is built toward more sustainable methods, we needed to show the institutional investors that Passive House works at this scale,” he said. “The best way to do that is to build one.”

Like many Passive House projects, Second + Delaware began with the windows. The importance of energy-efficient, high-performance windows led the project team to select triple-glazed, Klearwall windows from Ireland, and every other detail of the window assembly would be designed around them.

To do so, Arnold tapped into resources at nearby PROSOCO in Lawrence, Kan., which houses a custom-engineered testing chamber to evaluate its R-Guard air and water barrier products, and for external use by building scientists, engineers and window manufacturers to optimize performance of all kinds of windows and assembly components.

“We built a sample 16-inch-thick concrete sandwich wall to the specs that PROSOCO gave us to fit the testing chamber,” Arnold said. “We brought it to the facility and brought our window manufacturer, Klearwall, from Ireland.” 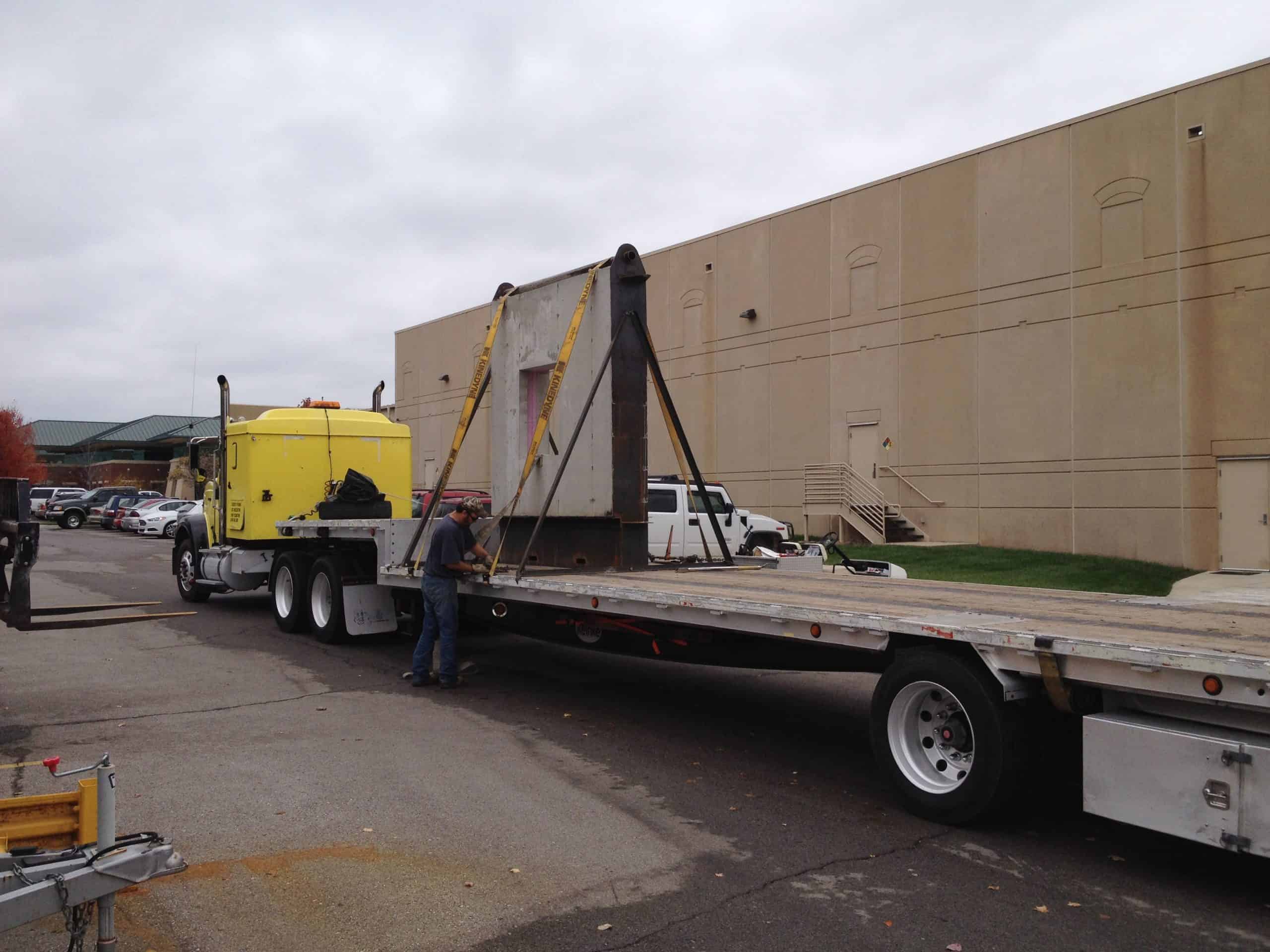 The first configuration tested was Klearwall’s recommended installation, which Arnold said “really relied on a tape-based product to keep water out.”

At the recommendation of Guy Long, PROSOCO’s air barrier and waterproofing specialist, and Shawn Desrosier, production supervisor and lead technician for Build SMART (a sister company of PROSOCO), the next configuration involved removing the sill and installing the window using a new, fabricated metal sill that sat on top of the window buck. 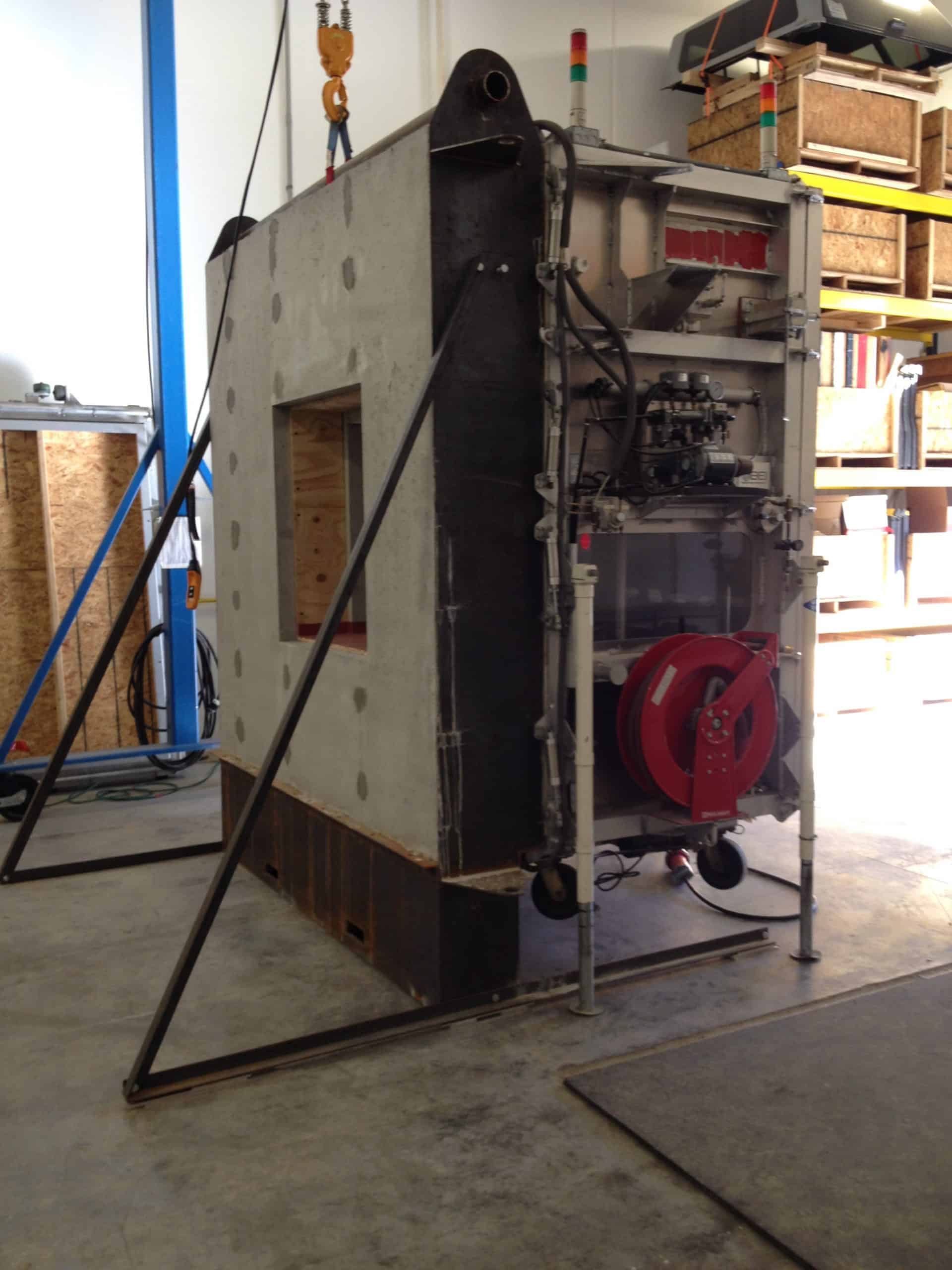 “By shimming the window and putting AirDam properly around all four sides of the window, not only was there no water that leaked, but also zero air infiltration,” he said. “As a Passive House project, that’s really what we’re looking for. That gave us the confidence we needed to move forward with the installation and design details that eventually made it into the final construction documents.”

The services provided by PROSOCO “added a lot of value to the design development process,” he said. “Because of your experience of really what doesn’t work, you were able to help us rapidly iterate different solutions and arrive on one that was ideal from a constructability standpoint and in a long-term weather-tight envelope standpoint.”

Energy and the triple-bottom line

With the important window assembly finalized, crews at Crossland Construction, general contractor on the project, started the massive job of installing 750 windows in the 16-inch-thick walls. With assistance from PROSOCO's Clay Witt, regional sales manager, and rep Mike Dickey, the crew was ready. On average, each rough opening measured approximately 30 linear feet -- totaling 22,500 linear feet of openings where Joint & Seam Filler, FastFlash and AirDam were used as part of the building envelope’s air barrier.

The extra degree of testing paid off when the blower door tests came out – tests in one unit, a wing, a whole floor and eventually the whole building far exceeded Passive House airtightness requirements, Arnold said.

The energy savings (estimated around 92%) enabled by the extreme airtightness of the structure meant the development would hit that coveted triple-bottom line Arnold is always seeking.

“It’s unlikely that residents will pay more to live in a green building, but they don’t expect to pay less,” he said. “We incorporated a market-rate utility expense into the rent structure, which allows the owner to benefit from the energy savings, and apply that toward paying for the increase in the quality of the building, namely, triple-glazed windows and durable construction.”

“It’s a win-win. The resident gets a better unit with better thermal comfort and a better carbon footprint and they’re not paying more. The developer gets to maintain their yield and still have a profitable building.” 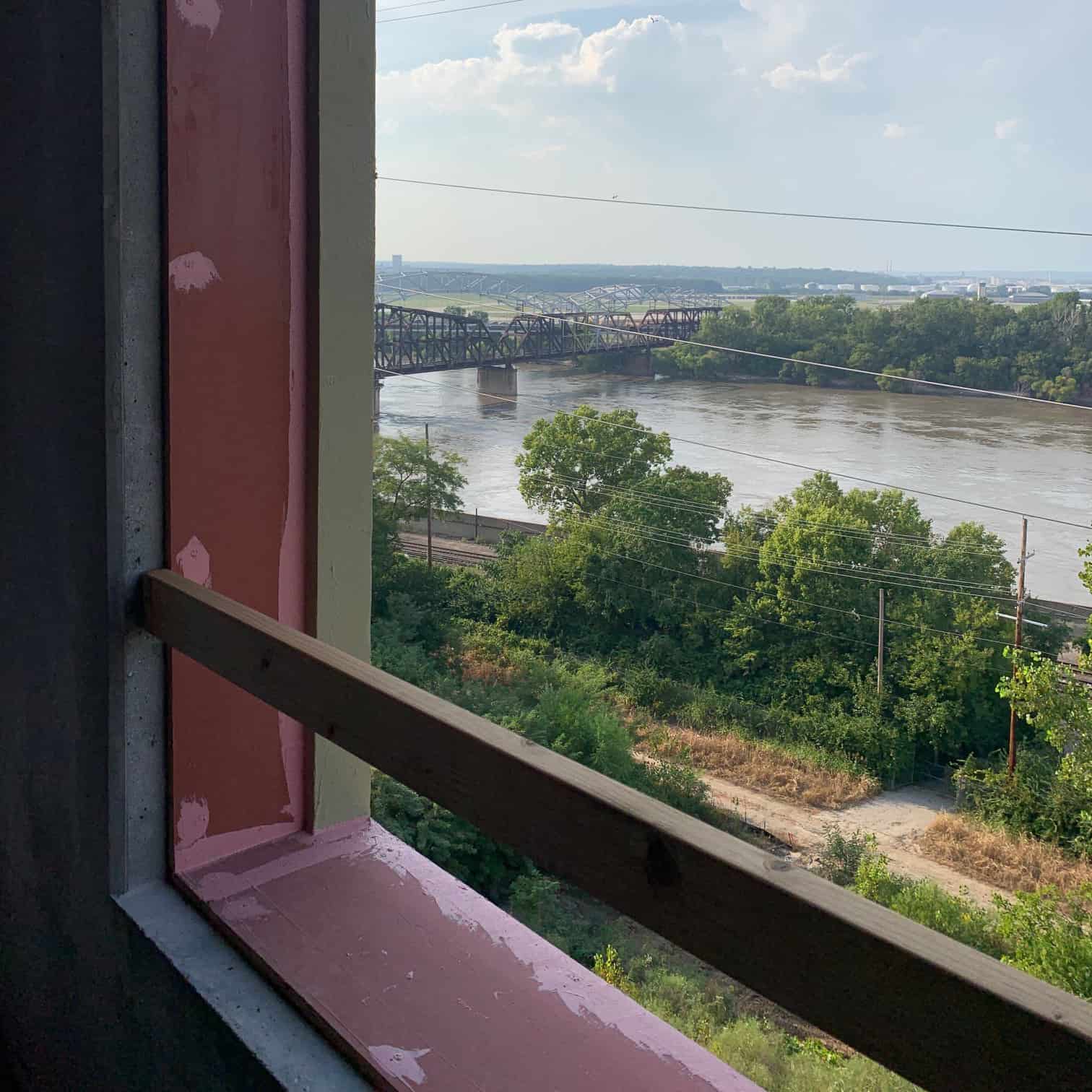 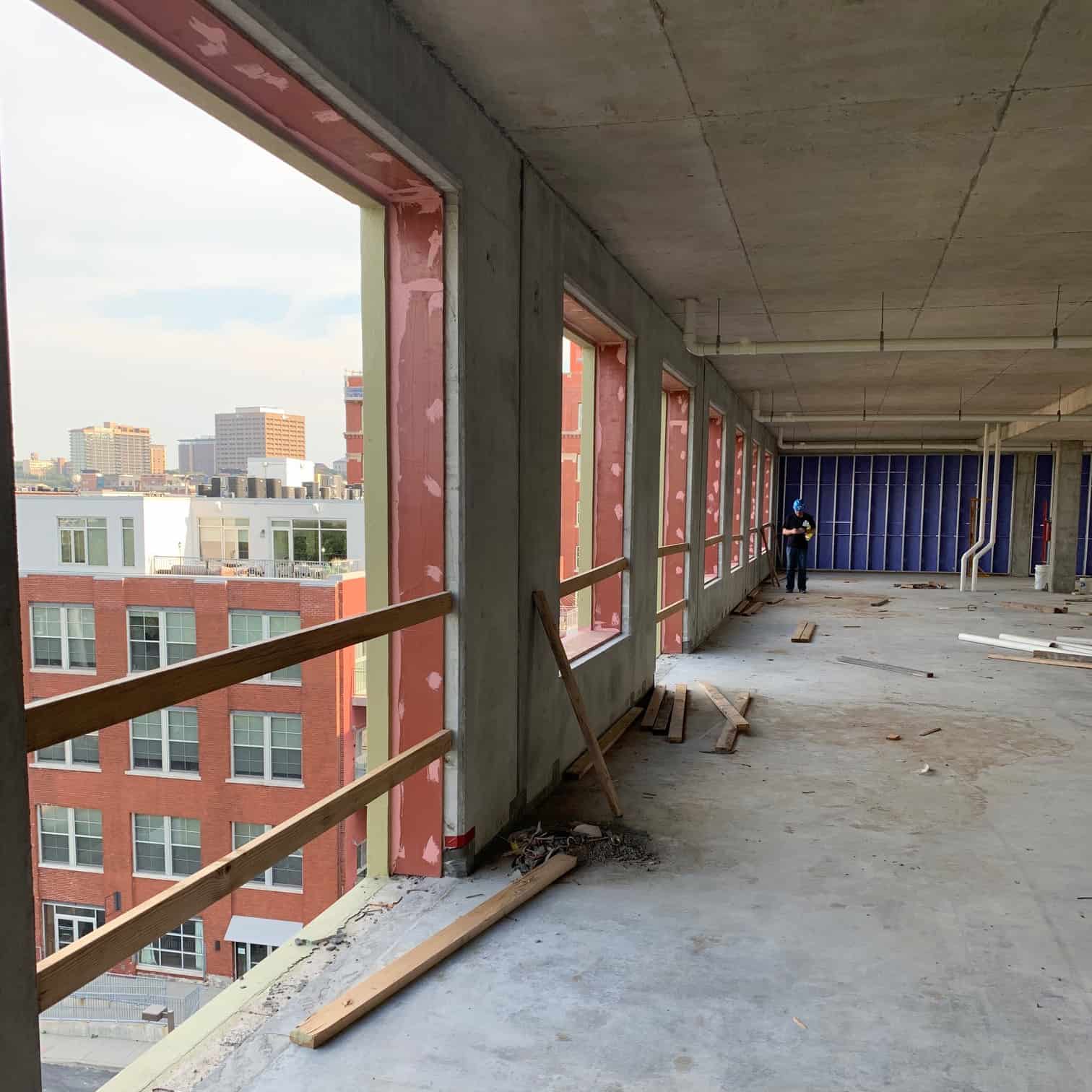 Passive House in the era of COVID-19

Though Arnold couldn’t have possibly predicted how COVID-19 would change our lives when the project was under construction in 2019, the energy-focused strategies required by Passive House ended up providing two increasingly important features for residents of Second + Delaware during COVID-19 and beyond: Improved indoor air quality and outdoor living spaces.

“Passive House means constantly hitting the cubic feet per minute measurement of fresh air brought into every unit, which is filtered,” he said. “That provides a better indoor air quality than buildings that just allow air to stagnate and hope there will be enough air that comes in and out of leaky windows to provide good air quality. The dedicated ventilation system that’s necessary to be Passive House definitely helps when it comes to people concerned about air quality.”

The other advantage comes from the upgrade in the building’s HVAC and ventilation system, which means no bulky AC and furnace units on the roof. 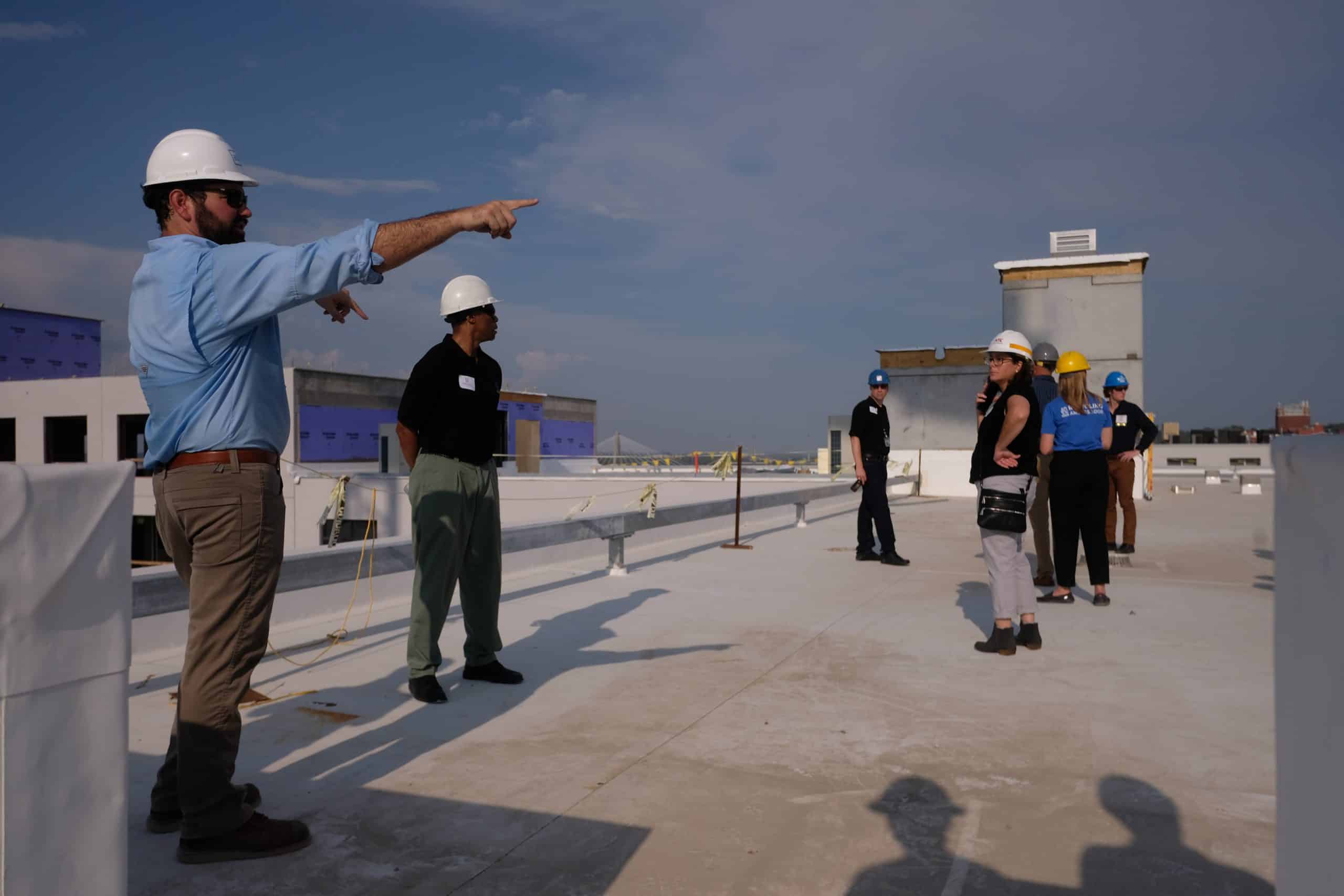 “Our roofs are not littered with AC equipment, but are instead amenities like our 14,000-square-foot green roof where tenants can garden, and then another 8,000 square feet of a roof terrace with furniture, and a 32,000-square-foot landscaped courtyard, which is approximately the size of a pro soccer field.”

“Residents have all this outdoor space with firepits, and lawns they can go spread a blanket on, and really those spaces become extensions of their individual units. Now with people working from home and spending more time in their residences, these are release valves that allow them to get outside and still live in the city in a walkable, mixed-use, pedestrian-friendly, non-auto-dependent neighborhood. It’s the best of both worlds with outdoor spaces and walkability.”

There’s the triple-bottom line again: people, profit and environment -- the three entities that should receive a net benefit from construction. In Arnold’s world, Passive House is the magnet binding those elements and their co-dependencies together.

It’s a bridge to people. It can elevate the standard of living, comfort and health of people, and equalize access regardless of income or status. 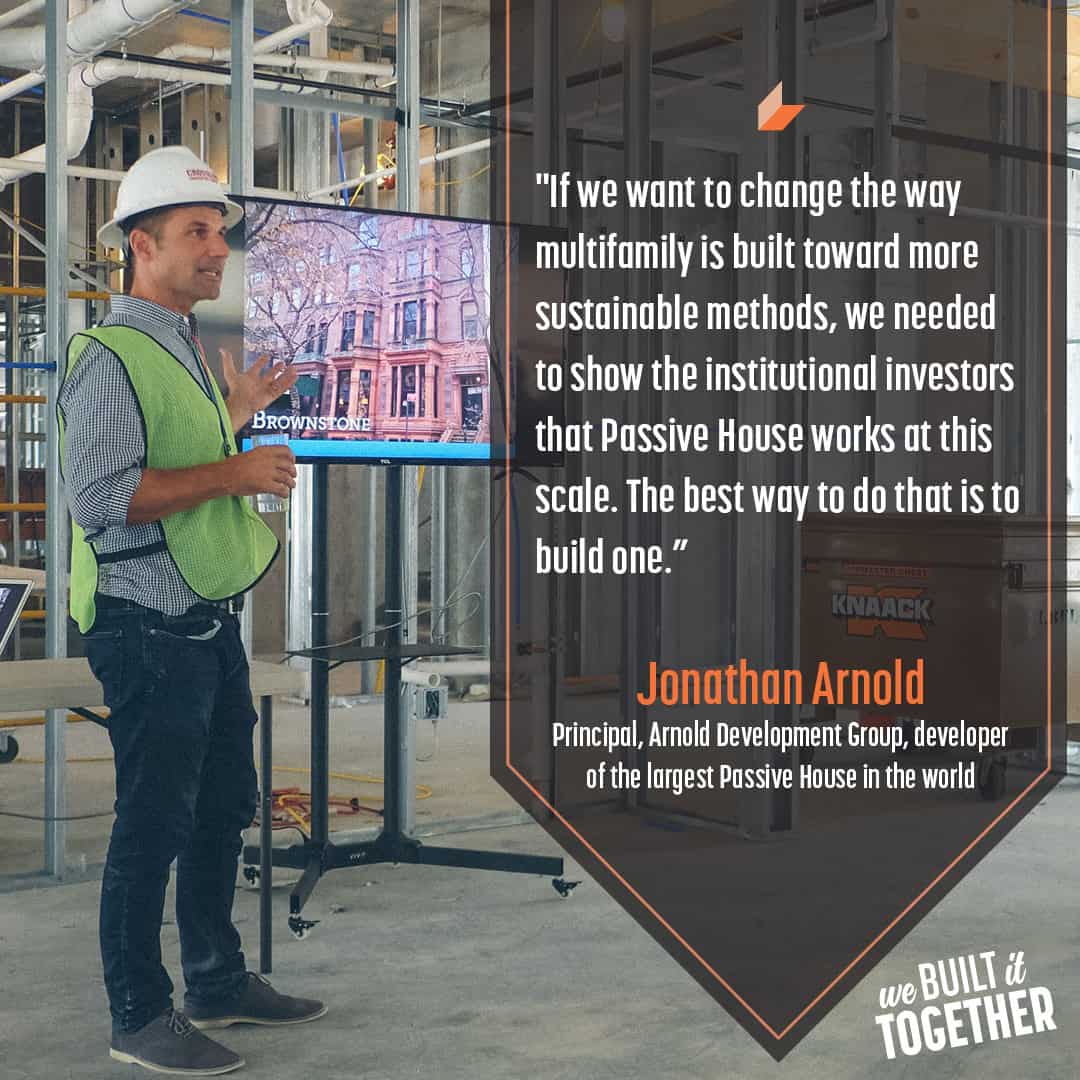 It’s a bridge to the environment.

“Buildings and their energy consumption make up 70% of our carbon footprint in cities,” Arnold said. “If we want to have a meaningful impact on climate change, reducing the energy buildings use is one of the simplest, most readily available mitigation strategies that can be deployed.”

It’s a bridge to the money, especially when it comes to multifamily.

“Passive House replaces mechanical equipment costs with higher installation of window costs, so it leaves the building owner with a reduction of energy operating costs of 70-90% and it actually helps the financial performance of the asset,” he said. “Now, why did we choose this scale to work at? The pension funds and life insurance companies are the largest purchasers of multifamily units in the country. Because of operating efficiencies and the amount of capital needed to be deployed in the market each year, institutional investors tend to only look at properties that have a minimum of 250 units.”

Second + Delaware stands today as a testament to not only how multifamily Passive House construction is feasible, but also how Passive House can check off all the boxes to meet the triple-bottom line. Arnold said one goal of his firm is to work on scalable models that can be replicated, and he hopes he’s not the only one replicating what Second + Delaware just proved possible.

In a press release about the project, Arnold said: “Now is the time for developers to think bigger than ever before. We have the technologies we need to deliver safer, more responsible, and equally beautiful solutions to the built world. I hope that Second + Delaware will be the impetus that moves our industry forward.”